At 36-years old, and after 14 years as a professional, Francesco Molinari turned in the best year of his career in 2018.

Coming into the calendar year as a relatively unknown golfer on the world stage, the Italian made a splash by adding trophy after trophy to his collection throughout the year and ending the season in the Top 10 of the PGA World Golf Ranking.

Let's take a look back on the year that has defined, and revolutionized, the career of Francesco Molinari. 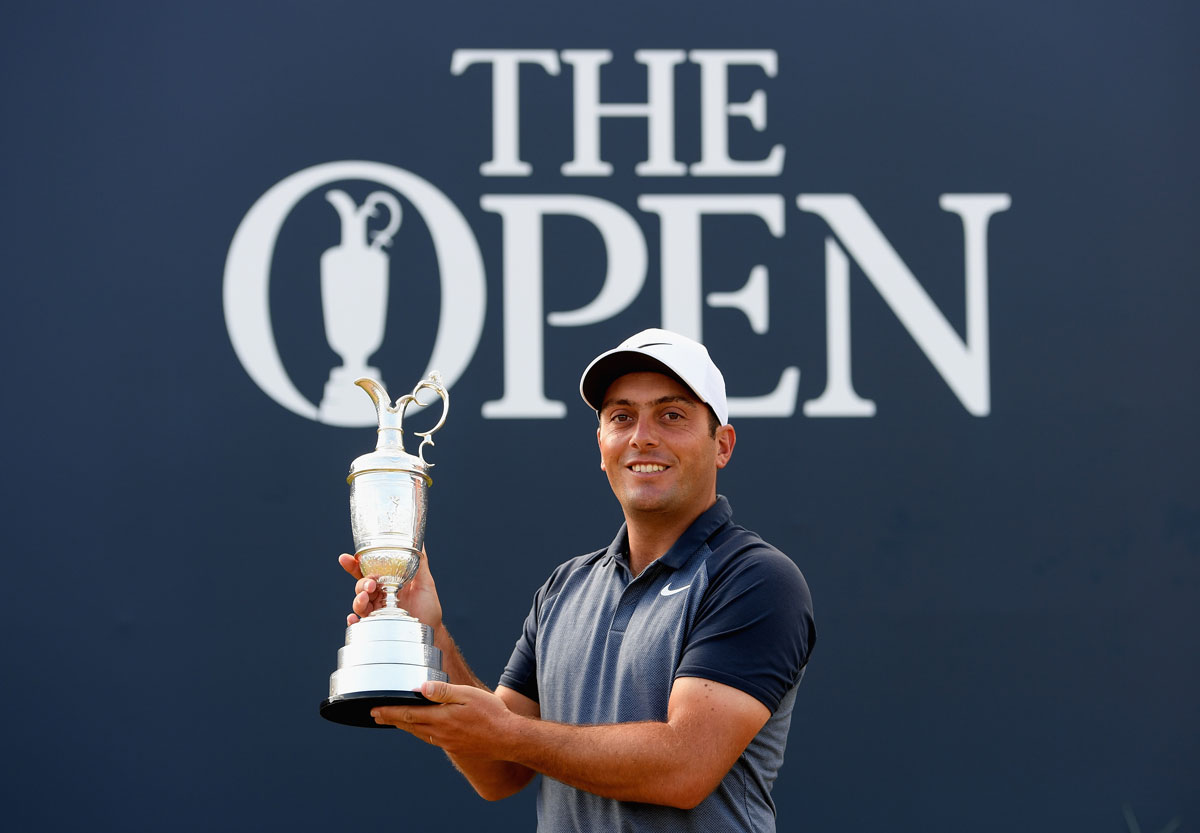 If the 2018 Quicken Loans National was any hint, we should have seen Molinari's dominance in the second half of 2018 coming much sooner.

The Italian made a statement at TPC Potomac in July, claiming his first win in the PGA Tour by a massive eight strokes, matching the highest margin of victory on the Tour at that point in the season. His 62 on the final-day wowed the audience in attendance and set him apart from Abraham Ancer, who he entered the day tied with on the leaderboard.

But success in the Quicken Loans National wasn't guaranteed, and Molinari took quite the risk by even choosing to participate in it. Molinari had the choice that weekend of either competing in the French Open in Paris to accumulate more Ryder Cup points or to come to America and try and improve his FedEx Cup rankings (he was 123rd at the time).

It seems he made the correct choice.

If he wasn't on the map after his first career PGA Tour victory, Molinari certainly was three weeks later.

He made history in late-July by becoming the first Italian golfer in history to win a major championship when he won The Open 2018 at Carnoustie.

After sneaking through the first two rounds relatively unnoticed, shooting 70 and 72, respectively, and sitting six shots off of the lead, Molinari started his charge in the third round. He entered the final round at six-under par and strapped in for the most unpredictable final day of a major championship this year. Seven different golfers took the lead on Sunday, with Tiger Woods being the biggest name in the group, but Molinari remained steady and eventually put a clasp on the lead.

The Italian shot for par on the first 13 holes of the final round before sinking a birdie on No.14. His even pace didn't set the world ablaze, but helped him jump in front of other front runners who were ebbing and flowing all throughout Sunday.

He finished the final day with a birdie on No. 18, giving him a two-stroke cushion as he awaited the rest of the groups to finish up.

After it was all said and done, Italy finally had a major champion and a Champion Golfer of the Year.

While setting a record for his home nation, Molinari also hit a major championship milestone — he became the first player in 23 years to avoid shooting for bogey or worse on the final 36 holes of a major tournament.

Molinari went from a potential one-hit wonder to a legitimate golfer of the year candidate with his performance for Team Europe in the Ryder Cup.

Alongside teammate Tommy Fleetwood, Molinari and his British partner went an immaculate 4-0 in their matches spanning the first two days, making them the first European pairing to win all four contests. The duo was dubbed 'Moliwood', and became social media darlings in the process.

Molinari then went solo on the final day, beating Phil Mickelson to secure the Ryder Cup's return back to Europe. With the victory, Molinari became the first ever European to go 5-0 in the Ryder Cup.

After lackluster performances in his first two appearances in the global competition, the immaculate run by Molinari in 2018 will likely secure his spot on Team Europe in 2020. But he'll have his eyes set for a further date — the Ryder Cup heads to Italy in 2022.

The Cherry on Top

After an unprecedented run in the second half of 2018, the 36-year old Molinari felt destined to leave the calendar year as the European Tour champion.

The only person left in his way was his 'tag-team' partner Tommy Fleetwood, the defending European Tour Champion. The only thing stopping Molinari from claiming the title was Fleetwood winning the DP World Tour Championship and he finishing worse than fifth.

Luckily for the Italian, Fleetwood didn't come close to winning the tournament, and Molinari was on the fast track to becoming the first Italian to be awarded the European Tour title.

Even with a tie for 26th finish, Molinari officially claimed the Race to Dubai Championship.

And when the final scores were tallied, Molinari received a congratulation for his greatest rival and partner.

Secure Tickets for The 148th Open

Francesco Molinari's destiny changed forever at The Open 2018, and we're excited to see what The 148th Open has in store. Whether it's Molinari defending his Claret Jug or another golfer making a name for themselves, you won't want to miss the action at Royal Portrush next summer. Get an Official Ticket Package to The Open 2019 today!