Royal Portrush, the Home of The Open 2019

After 68 years, it has returned.

Golf's oldest major has wowed audiences around Great Britain for almost two centuries, but has only ventured outside of England and Scotland once. In 1951, the Claret Jug was brought to Northern Ireland as a field of 98 golfers battled for the right to hold the coveted trophy.

The Dunluce Links at Royal Portrush will be put under the spotlight for a second time when The Open Championship returns in 2019.

In preparation for The Open 2019, the Dunluce Links at Royal Portrush has received a little face-lift.

The first official renovation was to add two brand new holes to the course — these will be the new 7th and 8th holes. This extra land is coming from the Valley Course, the other links at Royal Portrush, that is adjacent to the Dunluce Course. The modern No.7 will be a Par 5, while No.8 will be a Par 4 with dunes dispersed throughout. Because of these additions, the original No. 17 and No. 18 have been removed from the official course.

In order to complete the renumbering, holes 7 through 16 on the original course will now be listed as holes 9 through 18.

The green on No. 2, a Par 5, will be lengthened by 40 yards and the new No. 12 will be extended by 50 yards total. Additionally, the new No.10 will be reshaped for a more modern look to the course.

All of the additions together extend the course by a total of around 200 yards and bring the total number of bunkers to 62. 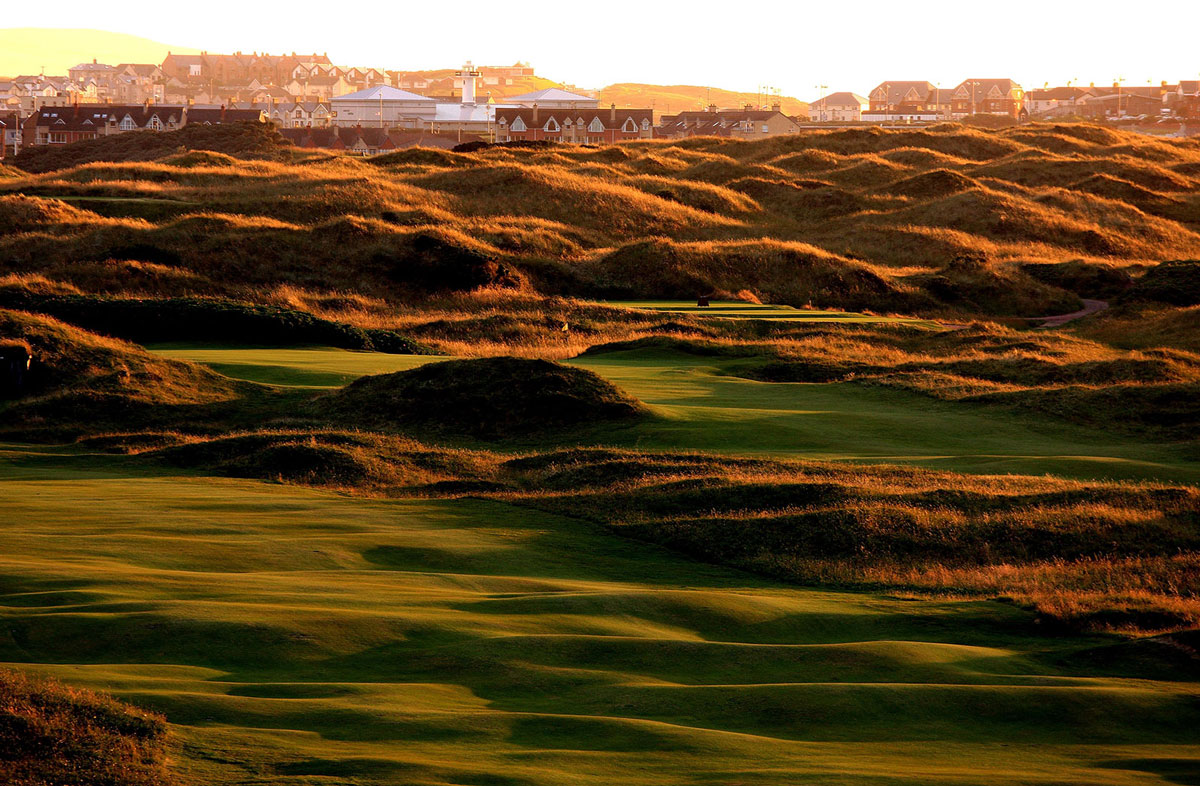 This hole is coined "Fred Daly's" after the famed Irish golfer who took home The Open Championship in 1947. At 457-yards, this Par 4 is often joked about as being a "Par 4 1/2" due to its lengthier landscape and trio of sand traps in the middle of the fairway. A successful drive would land a ball to the right of the traps, but an over adjustment in that direction could also land any golfer into the trees directly off of the right side of the fairway.

Easily the most scenic hole at all of Dunluce, No. 5 has its challenges starting with teeing off from an elevated view facing the ocean. With the hole twisting to the right, a conservative driver may opt for a short approach onto the fairway, while a more daring golfer may try and brave the ball over an expanse of rough. For those overzealous with their approach, though, the White Rocks beach behind the green awaits.

There's zero room for error at this world-famous Par 3. Nicknamed "Calamity Corner" for the treacherous possibilities of a misplaced shot, every golfer will have to be on their A-game as they approach this beast. Between the tee and green lies no-mans-land, a collection of roaring hills and odd formations destined to track your ball far from the hole. The green is relatively tight, so it does take the perfect strike from the tee if you have hopes of finishing this hole in three strokes.

Join Us at Royal Portrush for The Open 2019

History is in the making for The Open Championship 2019 at Royal Portrush! If you're interested in seeing the Claret Jug raised in Northern Ireland, considering attending with The Open Experiences. You can get on our wait list today to stay up-to-date about our package offerings!