The Open 2019: Rory McIlroy aims for Major No.4 on home soil

It's one of those intangible aspects of a sport that can drive an athlete to go beyond what many thought they were capable of.

For most American golfers on the PGA Tour, playing at "home" isn't something of importance as they travel to courses throughout the United States for most of the season.

But for some international stars, the opportunity to play in front of a home crowd is not only rare, but also one that adds weight that no other tournament does.

This exact phenomenon explains the anticipation for Rory McIlroy's return to Royal Portrush for The Open 2019.

Born in Holywood, Northern Ireland (just over 60 miles from Royal Portrush), McIlroy grew up with the historic course as the backdrop to his meteoric rise through the sport. 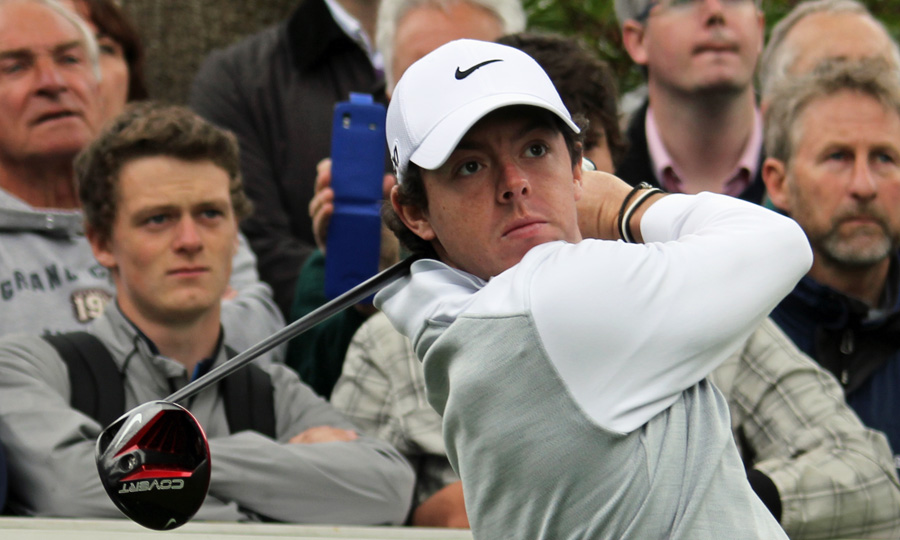 A Course Record at Age 16

As McIlroy takes the stage for The 148th Open, he will look to make history once again on familiar grounds.

At 16 years old, McIlroy found himself at Royal Portrush striving to break the original course record of a 64.

McIlroy went three-under through the first nine, setting himself up for a chance at the record books.

Later in the day, the back nine brought McIlroy the level of confidence he needed. A Eagle on No.10 shined just before the birdie on 11. This was just the beginning before an exhilarating five-straight birdies to a glorious finish.

The infamous par-three 'Calamity Corner' was no match for Rory as he birdied the hole, which is tricky located atop the edge of a cliff.

At nine-under through 16, McIlroy kept his focus approaching the end of the round and with just two pars needed to set a record, he knew he was in for something pretty special.

After breezing past the easiest birdie on the course at the 17th, Rory teed up on the final hole of Royal Portrush knowing that he was on the precipice of history. With a powerful drive and perfect eight iron to the green, McIlroy putted his way home.

With the 61, McIlroy cemented his legendary status at the course just 16 years into his life. Fourteen years later, his scorecard still is on display at Royal Portrush.

One Claret Jug already in the Cabinet

For Northern Ireland's biggest star, The Open was always the big one for Rory McIlroy. In 2014, he finally got it. In a battle with Sergio Garcia, McIlroy was able to outlast the Spaniard en route to his first ever Claret Jug.

Maintaining a healthy lead for most of The 143rd Open at Royal Liverpool, McIlroy started to feel the pressure after the second-placed Garcia started to surge. In a final round full of drama, McIlroy bogeyed back-to-back on No.5 and 6, allowing a red-hot Garcia to cut the lead down to three strokes.

On the final green, McIlroy tapped in a putt to finish 17-under, outlasting Garcia to earn his first ever win at The Open. After the ball sunk into the hole, he turned to the crowd with a huge smile and a fist pump in the air.

On the Claret Jug, McIlroy was etched in silver just below Phil Mickelson's name from 2013. Five years later, can McIlroy secure his second spot on the coveted trophy just below last year's winner, Francesco Molinari?

Watch Rory McIlroy go for Major No.4 with an Official Ticket Package from The Open Experiences. Choose from any single day packages and get premium Irish hospitality, reserved seating on the 1st Tee and 18th Green, exclusive insider experiences and much more. The Open Experiences also gives guests the chance to schedule a tee time at Royal Portrush the day after the Championship concludes.