The Hero of a Nation

For the first time in history, a major championship trophy is coming to Italy. In one of the most hotly contested verisons of The Open Championship in recent memory, Italy's Francesco Molinari remained headstrong and came out on top with the Claret Jug after 72 holes.

The route to Italy's first major championship wasn't without drama, however. Sunday's final round saw seven different players take a share of the lead throughout the 18 holes. One of those names happened to be Tiger Woods, who was in Molinari's group on the last day. As is custom when you're the most notifiable golfer on the planet, the aura of Woods followed him throughout the last round, and put more of a light on Molinari by association. The 35-year old Italian didn't let the buzz get to him, though, and wound up putting together one of the best rounds of his career.

He entered the fourth round at six under par and proceeded to deliver what can only be described as a faultless performance. Molinari shot par on his first 13 holes before claiming a birdie on No. 14 and taking the lead for the first time. He birdied again on the 18th to give himself a two stroke cushion and, after waiting anxiously for the round to finish up, his first major championship.

While Molinari's win was historic on its own for his home country, he also claimed a bit of history with his immaculate consistency in the back half of the tournament. He became the first player in 23 years to avoid shooting bogey or worse on the final 36 holes at a major championship.

"It's just disbelief,'' Molinari told the press after his victory. "To look at the names on that Claret Jug. What can you say? It's the best golfers in history, and to be on there, it's incredible. From someone like me, coming from Italy, not really a major golfing country, it's been an incredible journey.'' 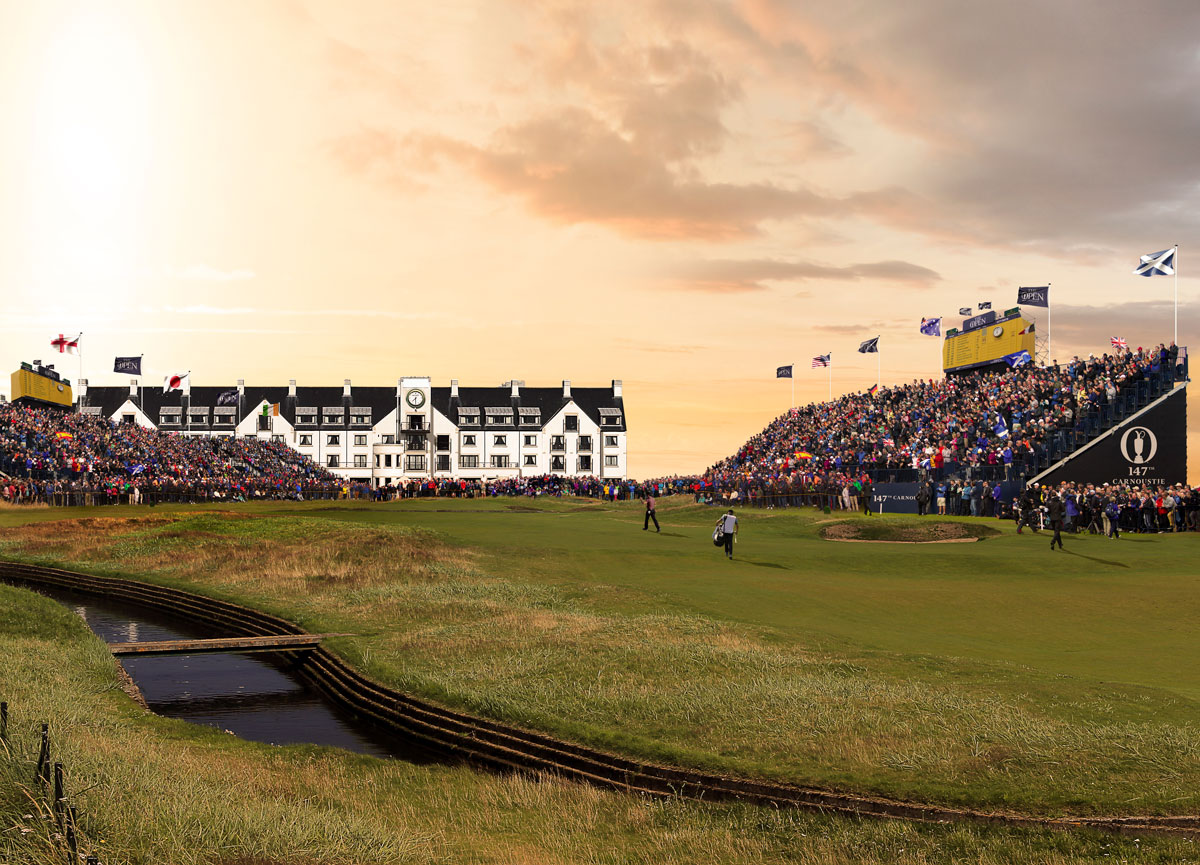 There was a real belief on Sunday afternoon at Carnoustie that Tiger Woods was on his way to major championship No. 15. He took command of the tricky course through the front nine, making every onlooker and fan around the world start to ponder if this was finally the year -- Woods had not led on the Sunday of a major championship since the 2009 PGA Championship.

But then the back nine came around, and the Woods of recent memory started to show his face. He double bogeyed on the 11th and bogeyed on the 12th, seemingly fumbling away his opportunity at the Claret Jug.

It has been quite the year for Northern Ireland's favorite golfer. Rory McIlroy finished tied for second at this weekend at The Open Championship, which would be an accomplishment to write home about if it didn't continue the narrative of the 29-year old's year. McIlroy has finished in the top five of two of the first three majors of the year, making it a "close, but no cigar" situation for the golfer who hasn't won a major championship since 2015.

But McIlroy is leaving the weekend with his head held high, stating that Molinari played a final round worthy of the Claret Jug, even if it meant he wasn't the one who was going to go home with it.

McIlroy said that he played his own game throughout the Championship and can't really assess anything other than his own performance -- which he said he has no regrets with.

Spieth Fumbles in Final Round

Not to bring up a sore subject, but we've seen Jordan Spieth struggle on the final round of a major championship before. While nowhere near the blunder on the back half of The Masters® 2016 , Spieth put together a performance on Sunday that he'll quickly want to move on from.

Coming in as the reigning champion, the 24-year old knew he'd have a tough hill to climb if he wanted to conquer Carnoustie. However, the Texas native found himself in a three-way tie for the lead going into the final round after shooting a 67 and 65 on Friday and Saturday, respectively.

But a bogey on No. 5 and a double bogey on No. 6 set the pace for what would be a disappointing final round. Spieth finished the day at 76, shooting five over par and falling into a tie for fourth place.

However, mistakes are easy to learn from when you're as young as Spieth. For him, every step from this point on is in a positive direction.

Be at The 2019 Open Championship

Want to be a part of all the action when The Open Championship heads to the Royal Portrush in Northern Ireland next year? You have the chance with The Open Experiences! Join our wait list for The 148th Open Championship to make sure you get all the updates you need on Official Ticket Packages and availability.