The Open 2019: The Open Experiences Recap

The time and place were set for history at Royal Portrush and Ireland's Shane Lowry delivered.

The 32-year-old, who grew up just a few hours from the famed course, came into the weekend with little-to-no fanfare but left The 148th Open with the Claret Jug and the adoration of an entire nation.

With The Open returning to Royal Portrush for the first time since 1951, the drama unfolded all throughout the week. Let's take a look back at the week that was at The 148th Open and what it looked like to attend with The Open Experiences.

Several compelling narratives twisted and turned throughout four days in Northern Ireland, but none captivated the live audience and those watching around the world more than the sheer dominance of Lowry.

After sitting tied at the top of the leaderboard through two rounds, Lowry went on to set a Royal Portrush course record with a 63 on Saturday and held a four-stroke lead going into the final round.

The pressure of a padded lead didn't trump Lowry on Sunday as he shot a 72, good enough to claim the Claret Jug by a healthy six strokes.

England's Tommy Fleetwood finished in second at nine under, putting in a performance that may have been worthy of a Major Championship had Lowry not had a date with history.

World No.1 Brooks Koepka continued his immaculate Major Championship form, finishing T4 at six under par. Koepka rebounded from a disastrous, four-bogey start to the final round to push back into the Top 5 and continue to cement his legacy as golf's best Major Championship player over the past three years.

The biggest disappointment of the week had to be Rory McIlroy, who failed to make the cut in his home country after shooting an abysmal 79 on Thursday to start play. After much hoopla about McIlroy's return to the course that he mastered at the age of 16, his performance will leave him disappointed. However, he held his pride following a valiant effort to make the cut on Friday, missing it by just one stroke.

A memorable time at The Open was made unforgettable with The Open Experiences. Guests were treated to deluxe hospitality in the VIP Hospitality Pavilion with straight-on views of the 1st Fairway.

All guests had daily grounds passes but would come back to hospitality throughout the day to enjoy a full Irish breakfast, four course lunch and afternoon tea inside the comfort of the pavilion. With full TV coverage spread throughout hospitality, they never missed a moment of the action during the week.

And when they weren't watching the Championship on the TV, they could feast their eyes upon the Claret Jug, which was inside of hospitality for most of the weekend. 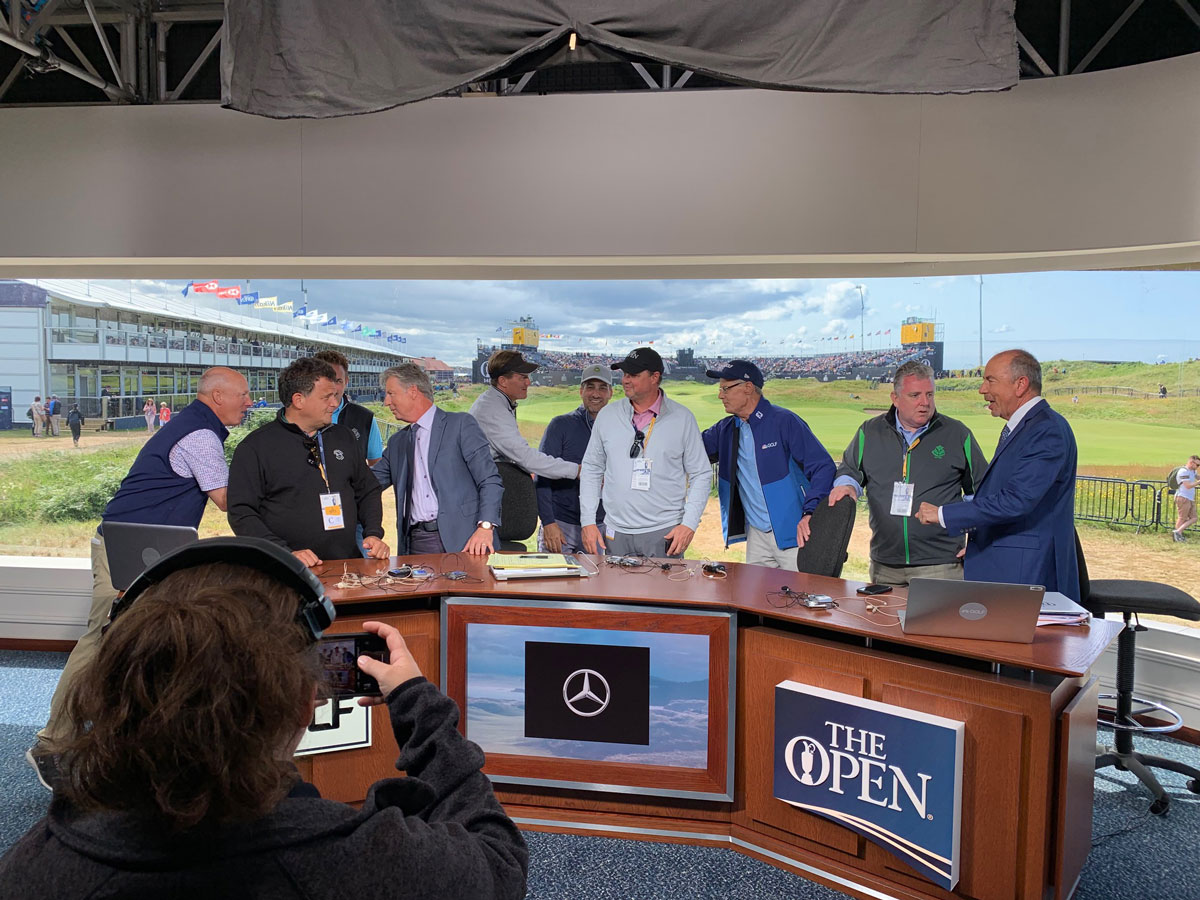 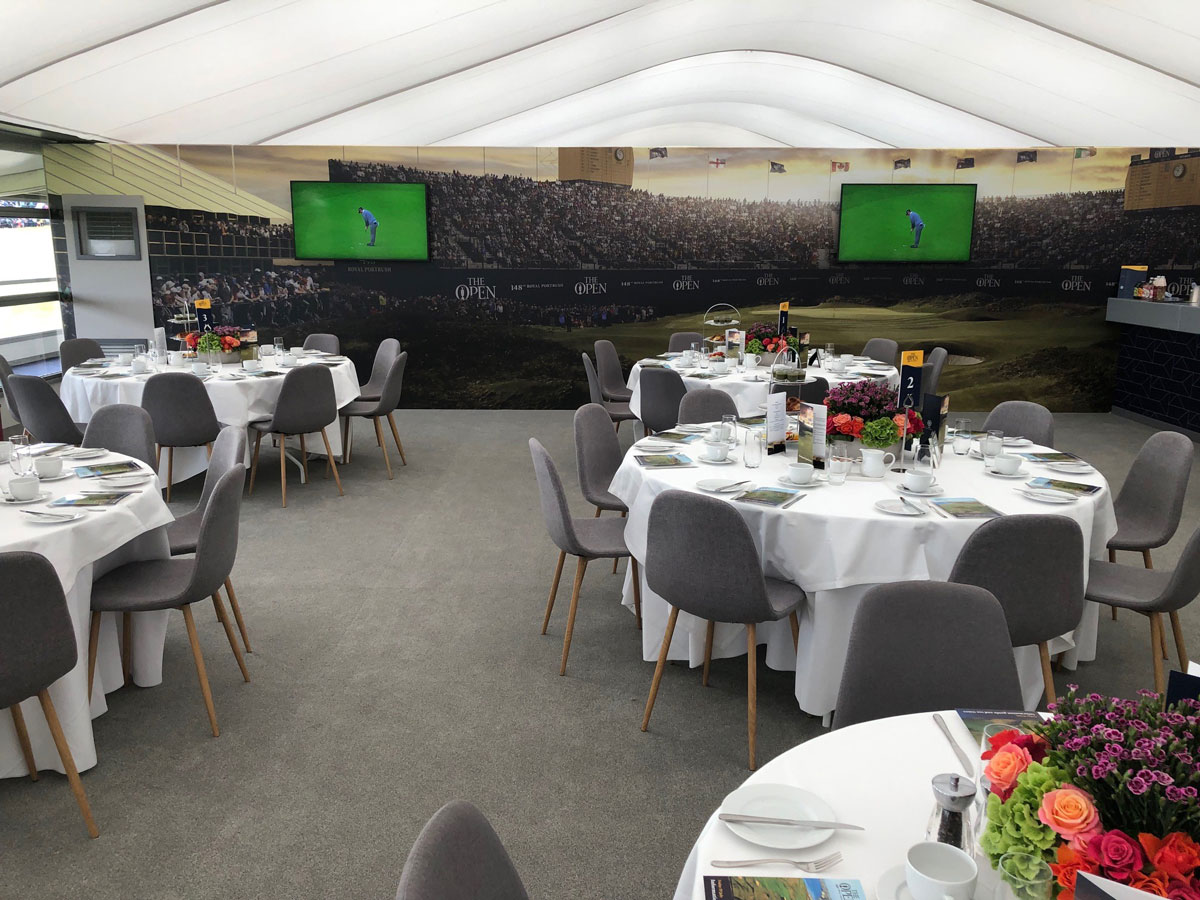 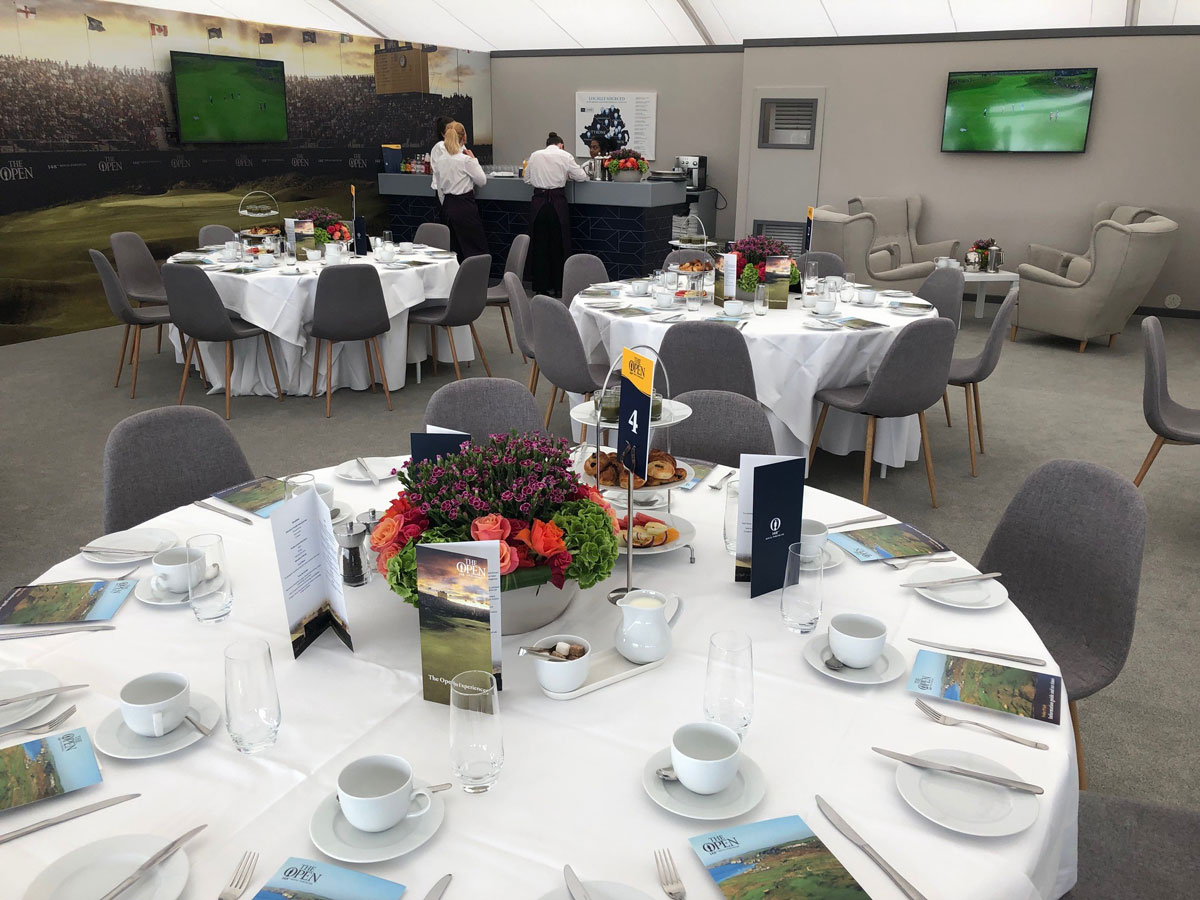 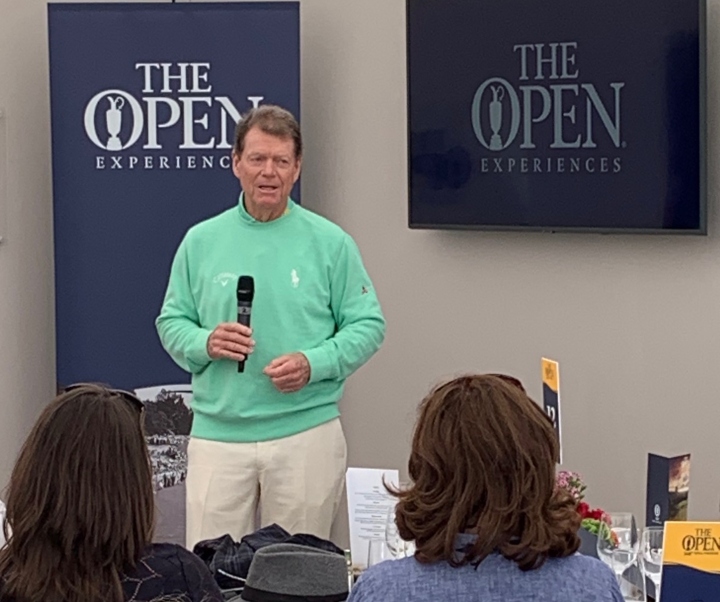 Guests of The Open Experiences were in for an extra treat on Saturday when 5-time Open Champion Tom Watson joined them in hospitality. Watson stayed for a Q&A session and answered several questions about his historic playing career that included eight Major Championship wins. Once all the questions were answered, Watson ended the exclusive visit by taking photos with all guests inside of hospitality.

Get an Official Experience Package for The Open 2020

We are excited to announce that Official Experience Packages for The Open 2020 at Royal St. George’s are now on sale! Attend golf’s only international Major with a Single or Full Week Package including daily grounds passes, tickets to the Champions Hospitality, access to a reserved seating area and much more.