Tiger Woods Looks to Make History at The Open 2019

Tiger Woods’ historic win at The Masters® 2019 has breathed fresh life into the world of golf. The quest for 18 Major championships and Jack Nicklaus’ record is back on for the game’s most dangerous predator.

After a storybook performance at Augusta National® in April, Woods has garnered back the momentum that has been missing from his game and is now aiming for more. All eyes are now pointed towards a potential date with destiny at Royal Portrush for The 148th Open in July.

In a career where he has seemingly accomplished everything, a challenge at the Dunluce Links presents a new opportunity for the rejuvenated Tiger. Let's look at what Woods' past tells us about his chances in Northern Ireland. 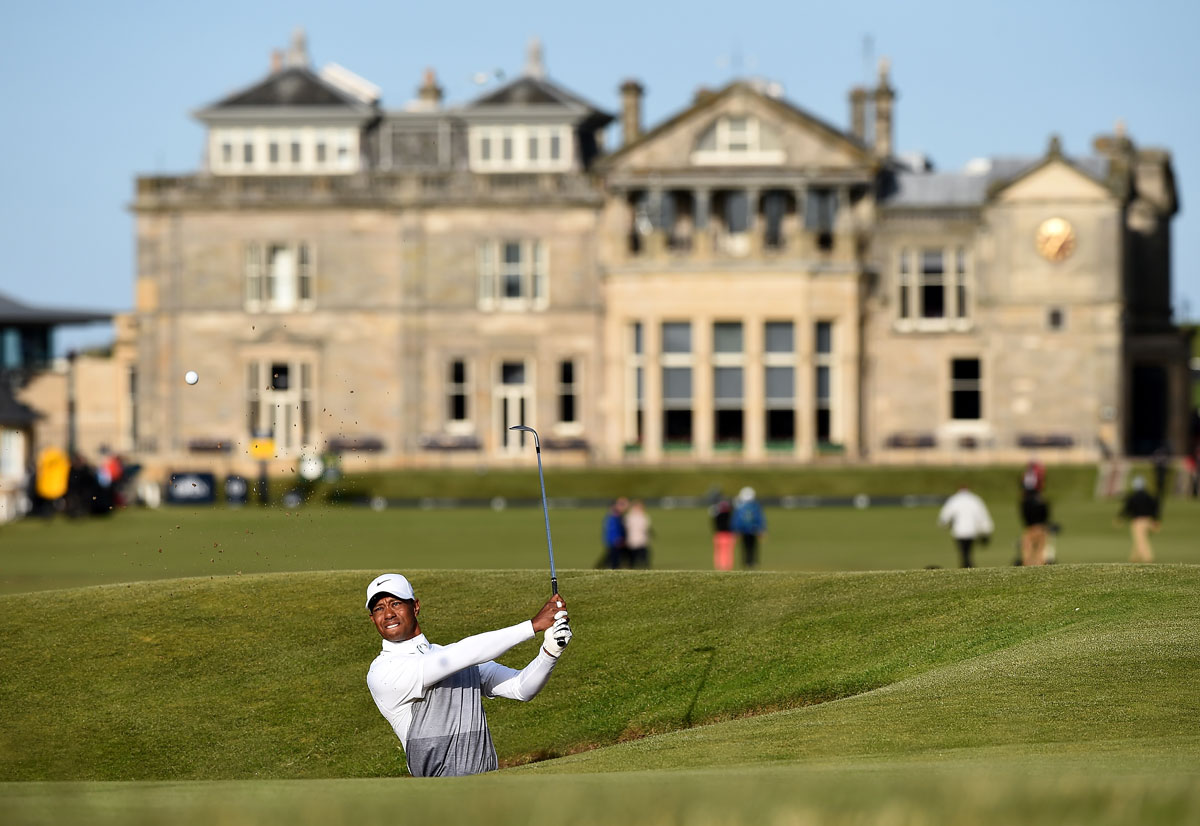 Has Tiger Won The Masters and The Open in the Same Year?

Over the past three decades, only three golfers have been able to do the double of The Masters and The Open in the same year. Nick Faldo accomplished the feat in 1990 and Mark O'Meara made the same bit of history in 1998. Then in 2005, Tiger Woods became the most recent golfer to win both Majors in a calendar year, earning his fourth Green Jacket and second Claret Jug.

Both Major wins in 2005 were classic Woods performances, showcasing the elite nature of the greatest golfer of this generation playing in his prime. At Augusta National, Woods shot an impressive 12-under through four rounds, leading him to a playoff with contender Chris DiMarco. In the one-hole, sudden-death playoff on No. 18, Woods shot for birdie to beat DiMarco by one stroke and earn another Masters Championship.

Woods' victory at The Open 2005 proved to be less dramatic, falling more in line with the string of dominant performances that have defined his career. After shooting a 66 and 67 through the first two rounds at St. Andrews, Woods outlasted the competition to finish 14-under par and five strokes ahead of second-place finisher Colin Montgomerie.

Over the course of his two-decade long career, Tiger Woods has never played at Royal Portrush. In fact, he's never played professionally in Northern Ireland.

When it was announced in 2014 that Royal Portrush was pegged to host The 148th Open, Woods expressed excitement at playing at a course that had evaded him throughout his illustrious career.

Royal Portrush most recently hosted the Irish Open in 2012 on the European Tour, but Woods did not compete.

With the lack of experience at Royal Portrush, and in Northern Ireland as a whole, Woods is choosing to head over to the course earlier than usual. He revealed back in November that he will be traveling to Royal Portrush an extra week before the festivities begin to help get himself acquainted with one of the most challenging 18 holes in the sport.

Woods cited Northern Ireland’s own Rory McIlroy as having an advantage over him by playing the course several times in the past, so the extra reps in the week prior to The 148th Open will be a chance for him to get up to speed.

Be there at Royal Portrush as Woods continues his chase for Jack Nicklaus' 18 Major Championships with an Official Experience Package from The Open Experiences. Choose from Single of Full Week Packages and get premium Irish hospitality, reserved seating on the 1st Tee and 18th Green, exclusive insider experiences and much more. The Open Experiences also gives guests the chance to schedule a tee time at Royal Portrush the day after the Championship concludes.